Riverwood’s most pervasive and threatening non-native plant, garlic mustard, has been documented in the area for over 30 years. During that time, it has altered much of our wildlife habitat and drastically reduced the biodiversity in our local environment.

Garlic mustard is not directly harmful to humans, but it creates a myriad of problems for the health and biodiversity of our ecosystems. It regularly seeds itself for up to five years, and creates chemicals that prevent other plants from thriving. Our natural areas, and even our wildlife, are under threat from the negative impacts of garlic mustard.

Since 2014, our conservation staff and volunteers have made a concerted effort to take back the forest understory, and restore it to a more hospitable environment for our native plants and wildlife. Tonnes of the invasive species have been removed over the years. In fact, if you stacked all the bags we’ve filled with garlic mustard, they would reach the top of the Empire State Building!

The work of the Invasive Species Task Force has made for healthier ecosystems and wildlife habitats, and more scenic and more enjoyable paths all around Riverwood. 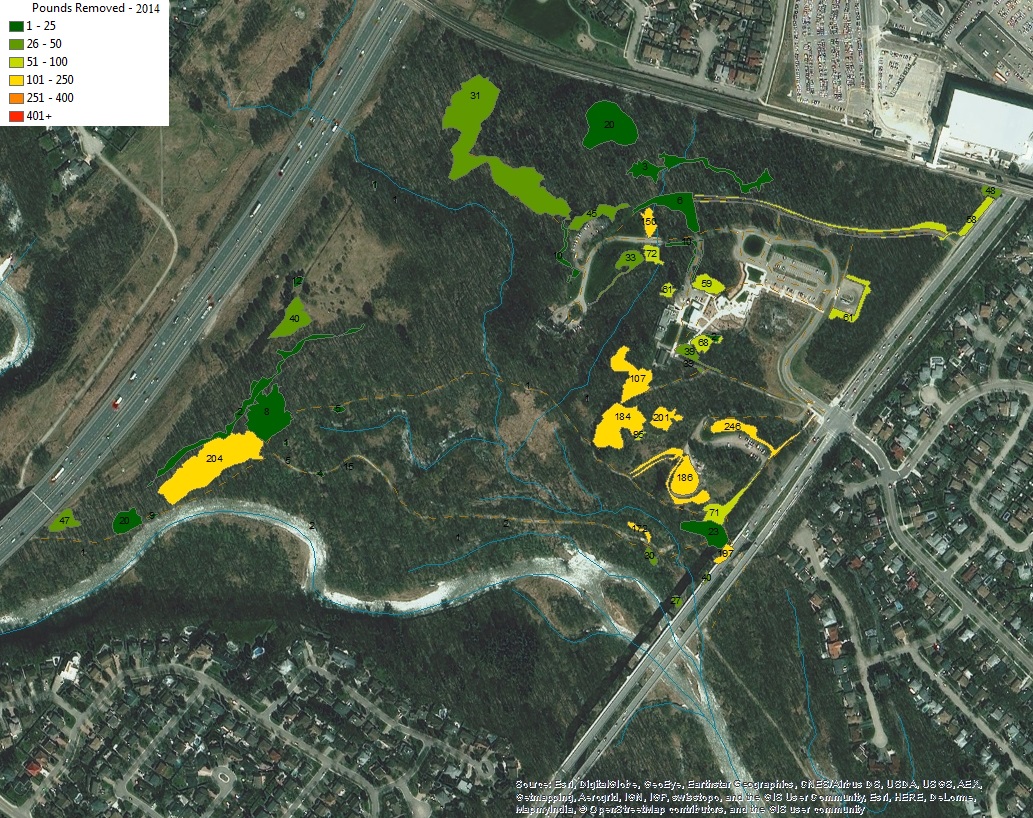 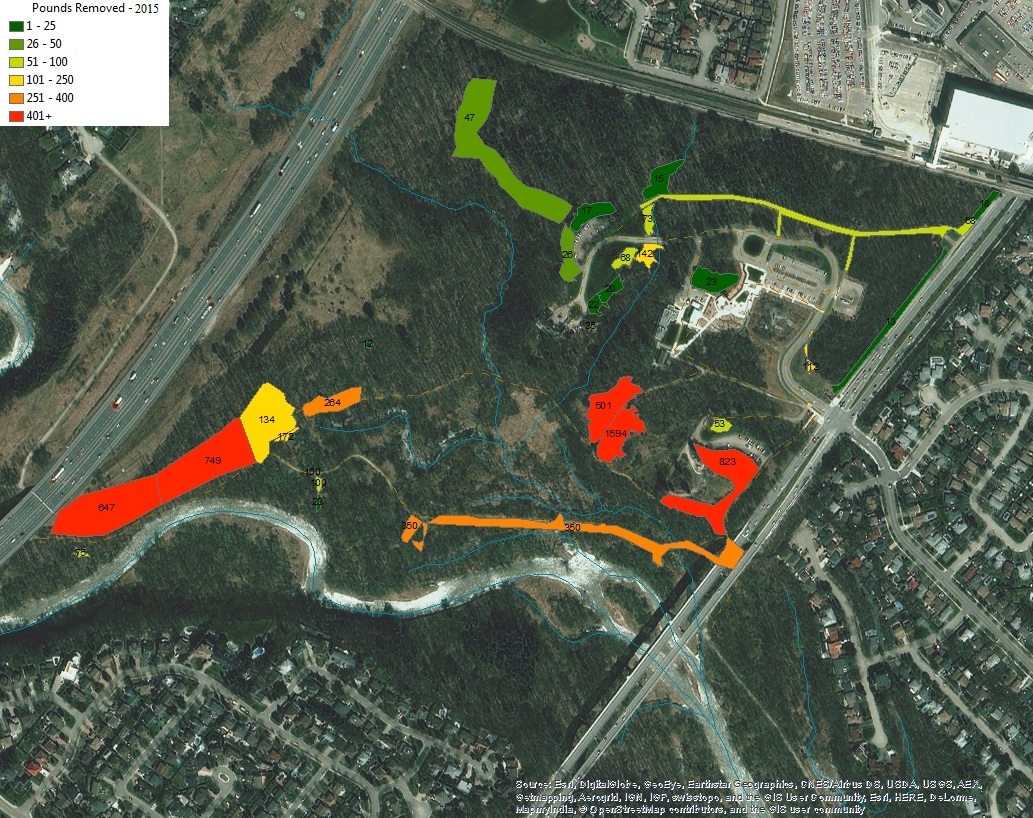 The maps above show a reduction in the range of garlic mustard (in pounds) affecting Riverwood from 2014 to 2016, and an increase in the range that we’ve been capable of covering thanks to our conservation groups.

The growth and success of the Invasive Species Task Force comes down to volunteers, who have contributed thousands of hours to the removal of garlic mustard, as well as other invasive species. Our sincere thanks to everyone who has put in the time and effort to advance this important environmental program.

If you want to make a difference in Mississauga’s ecological health and volunteer with the Invasive Species Task Force, fill out a Volunteer Application Form or email our Conservation and Program Manager, Derek Stone.